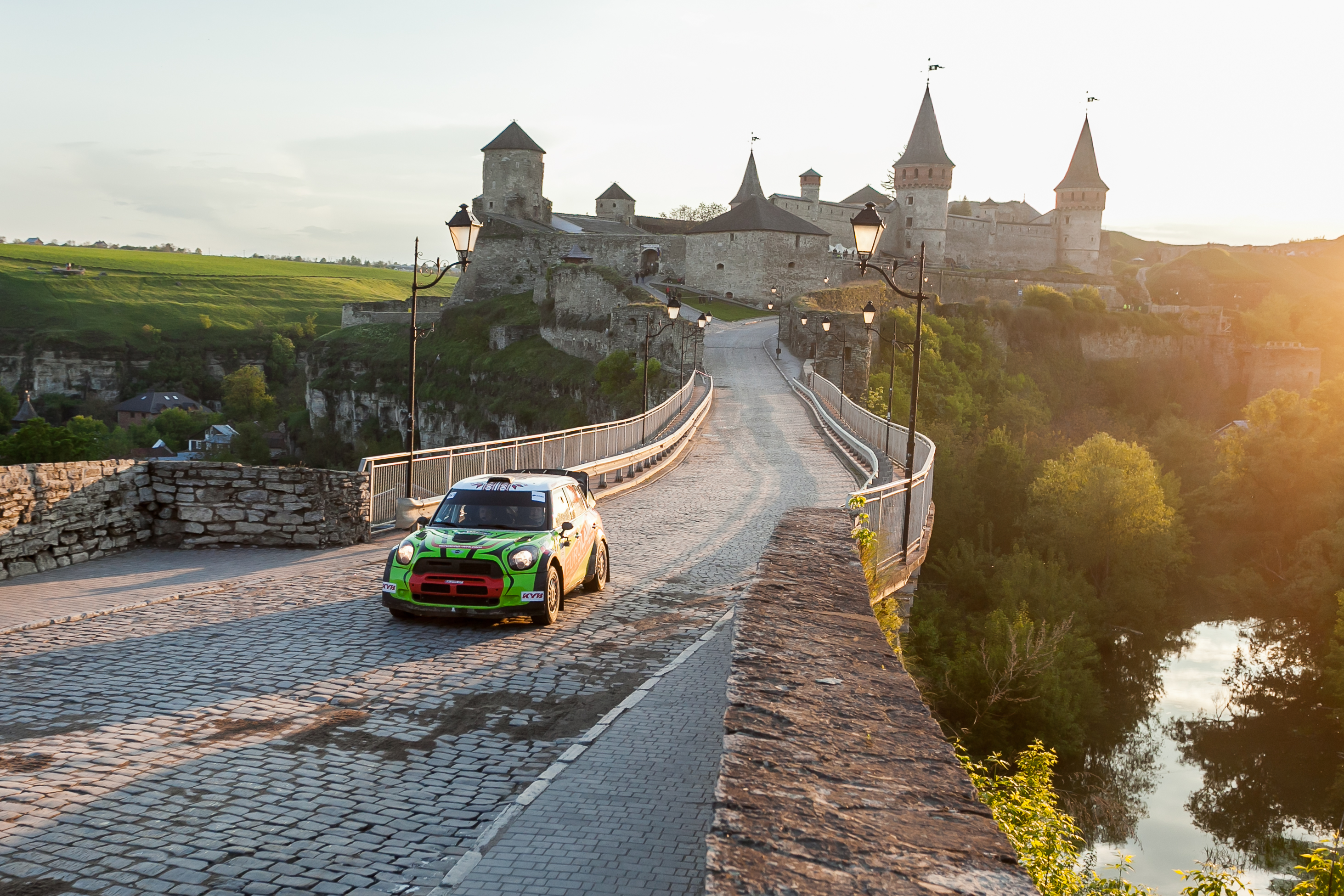 Sure victory in native walls!

Three crews of Eurolamp WRT took part in the second round of Fortetsya Rally, the Ukrainian Rally Championship held on May 11-12, 2019 in Kamenetz-Podolsky.

Valery Gorban and Sergei Larens pursued no objectives in that tournament and, therefore, treated it solely as a training drive. The Ukrainian-Estonian crew was second to none from the very start of the race. Mini JCW WRC colored in green and red had been pulling away from its rivals one special stage after another. The crew finished with the best time at all speed tracks and confidently won its victory at Fortetsya Rally.

The race went in an absolutely different way for Igor Chapovskiy and Ivan Mishin. That was the first race the crew from Odessa participated together on a vehicle being unfamiliar for them. From that perspective, as well as taking into consideration the fact that Igor has not been driving a sport car for quite long, the fifth place in overall standings became a deserved reward.

Although the third crew of Andrey Zakharchuk and Yaroslav Kaduchenko also debuted in such a composition, it drove the whole distance confidently and finished in the hot contest.

Moreover, having got on the mark to Kamenetz- Podolsky rally, Eurolamp WRT made their fans’ day, as they have rare opportunity to see the team performance on their own because of the tight schedule of international trips. Very soon, on May 25-26, the Ukrainian team will depart to Rally Liepaja.