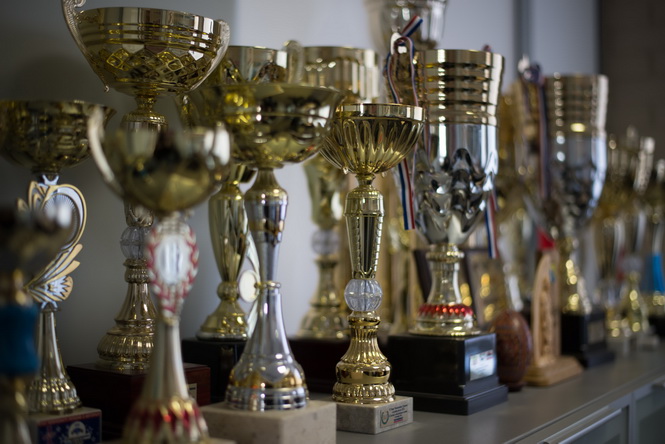 Like any team with an own long history, Eurolamp WRT proudly cherishes its past. During 17 years of performances in Ukrainian and World Rally we have experienced both disappointments and triumphs. Eight times we became the winner of Ukrainian Rally championship for teams. Our drivers brought us the same number of champion’s titles overall – and there’s no sense in trying to count all other cups being kept in our museum.

With a rich collection of national victories, we decided to compare our strength to the world’s best drivers – and became the winners again. During the four seasons competing in the World Rally Championship we have filled up our museum with two cups for third places in drivers and teams standings in 2012 and 2014 respectively.

In 2018, a new plan was taken. The crew switched to performances in the national rally championships in Estonia and Latvia and at the first attempt became the best in two countries.

Nevertheless, after 13 years, we have something to remember and to be proud of. Use our menu on the right to take a close look on the certain year of our history and relive its glorious moments. And we will continue to move forward to a new victories, adding new pages to the chronicle of our lives.