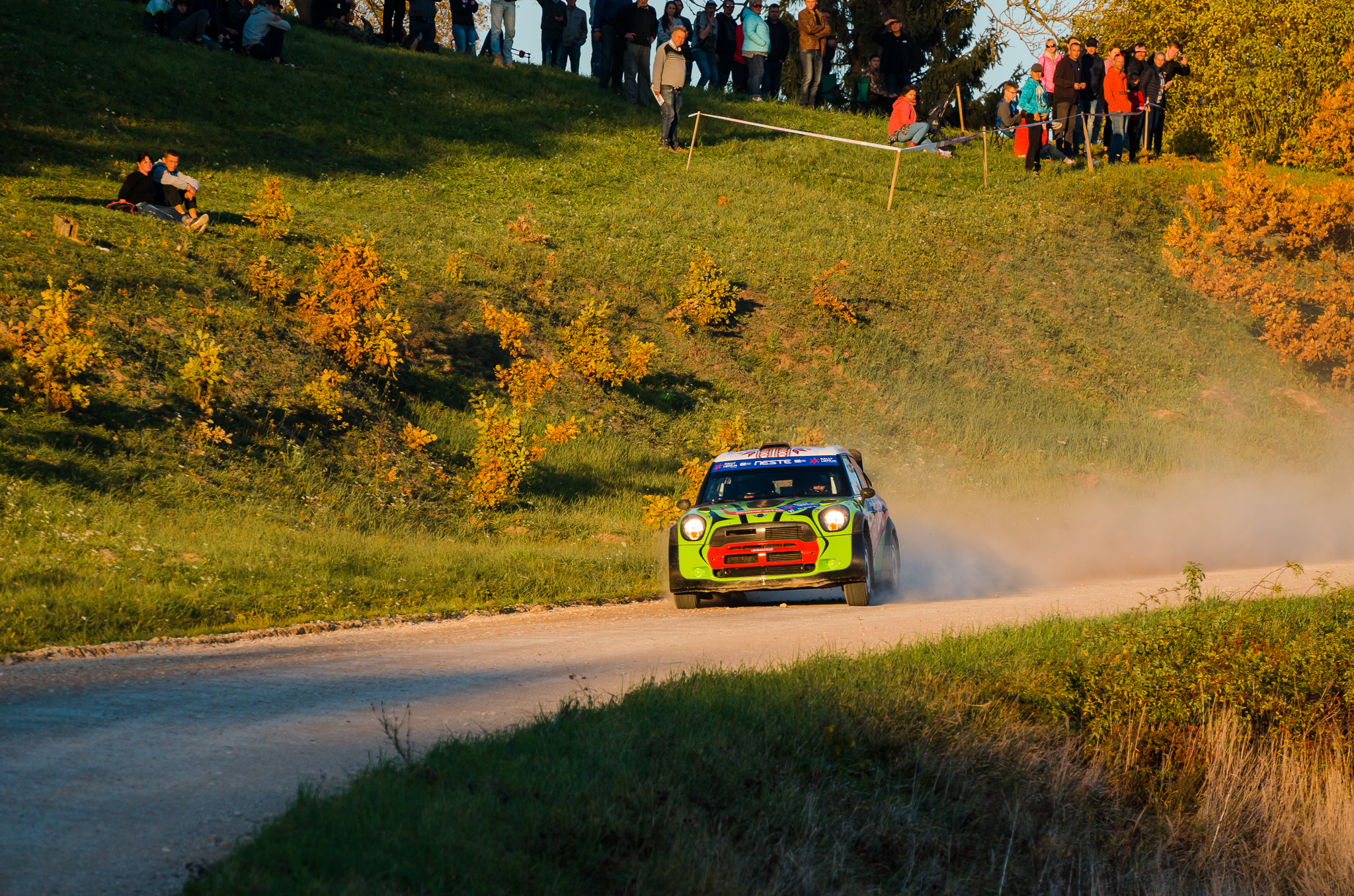 After Estonian Championship, Valery Gorban and Sergei Larens headed to Liepaja. Eurolamp WRT’s pit crew together with the second Mini JCW WRC was absolutely ready to repeat champion’s achievement of its Estonian twin in the west of Latvia. Saturday’s race, which summed up the interim results of local championship, was then already over there. Ranno Bundsen won the second place and became the championship leader. The seventh stage was critically important, as it might bring the increased credit points at the finish.

The seventh stage was divided into six special stages.
During the first two it became clear that it would be quite difficult to catch up with Nikolai Gryazin, the race leader. Eurolamp WRT took up the second place, holding it up to the middle of the distance.

Failed transmission at the race equator affected the time and the team had to lose one position.

Valery Gorban and Sergei Larens regained their second place by the next to last special section of the race.

Finishing the final special section of Rally Liepaja brought Eurolamp WRT the titles of overall rally champions of Latvia. Those titles were spiced up with the fact that they were won in two different championships held during one and the same weekend.