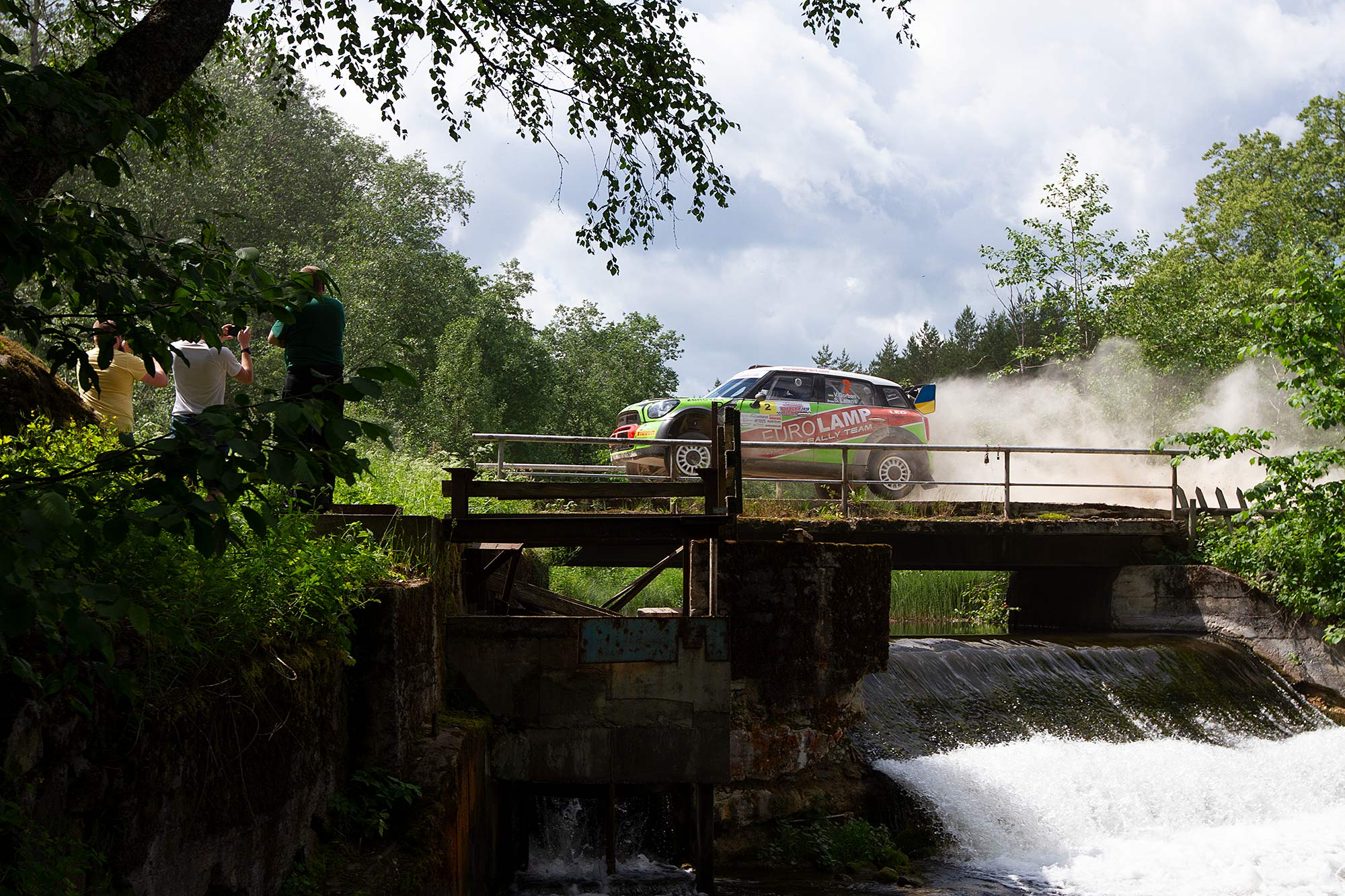 Third round of the Estonian Rally Championship was held in the town of Rakvere on June 14-15. 66 crews met at the starting line of the Grossi Toidukaubad Viru Ralli. Crew of Valery Gorban and Sergei Larens arrived to the north of Estonia as the reigning champions and the only representatives of Ukraine. An opponent to fight for the victory with Eurolamp WRT has been known even before the start.

Estonian Georg Gross was armed with Ford Fiesta WRC equipped at the latest specification. Moreover, he was perfectly aware of every corner of the track designed with his participation.

Those two crews set the race pace from the very first special stage. At the end of the first day, Eurolamp WRT was the second in absolute standings. During the second day, seven special stages out of ten had to decide who would win the struggle.

Unfortunately, final day of Viru Ralli brought little cheer. It was stable for the crew of Valery Gorban and Sergei Larens with no significant achievements.

Three final special stages of the race passed smoothly, and the leaders remained the same. Valery Gorban and Sergei Larens were the best at the final special stage, and they won silver awards based on the race results. Crew of Georg Gross wrapped up the championship for the fifth time. Estonian Raul Jeets managed to keep the bronze of Viru Ralli.

The next round is planned for the middle of July. Rally Estonia, an extremely popular event for the Baltic region, will take place near Otepää and Tartu.