In 2019, Eurolamp World Rally Team, as the reigning champion, decided to participate in two national championships (Latvia and Estonia) with the intention to preserve and increase its previously obtained regalia.

Two Championships traditionally kept pace with each other, and started simultaneously in the eastern Latvian town of Aluksne. The race was marked with a sensation: Oliver Solberg, the son of Petter Solberg, arrived to taken part in the race on his R5-class car. Current champions took the lead during the first race day that was held at night. The next day Valery Gorban and Sergei Larens were proceeding with their triumphal driving until they faced Oliver’s bold bid to win in the middle of the race. The last four special sections, Solberg stretched his lead increasing the distance from Mini JCW WRC.  Everyone was waiting the champions would extend themselves during the last special section of the race, but they were prevented by a punched tire. Thus, Valery Gorban and Sergei Larens were satisfied with silver awards. 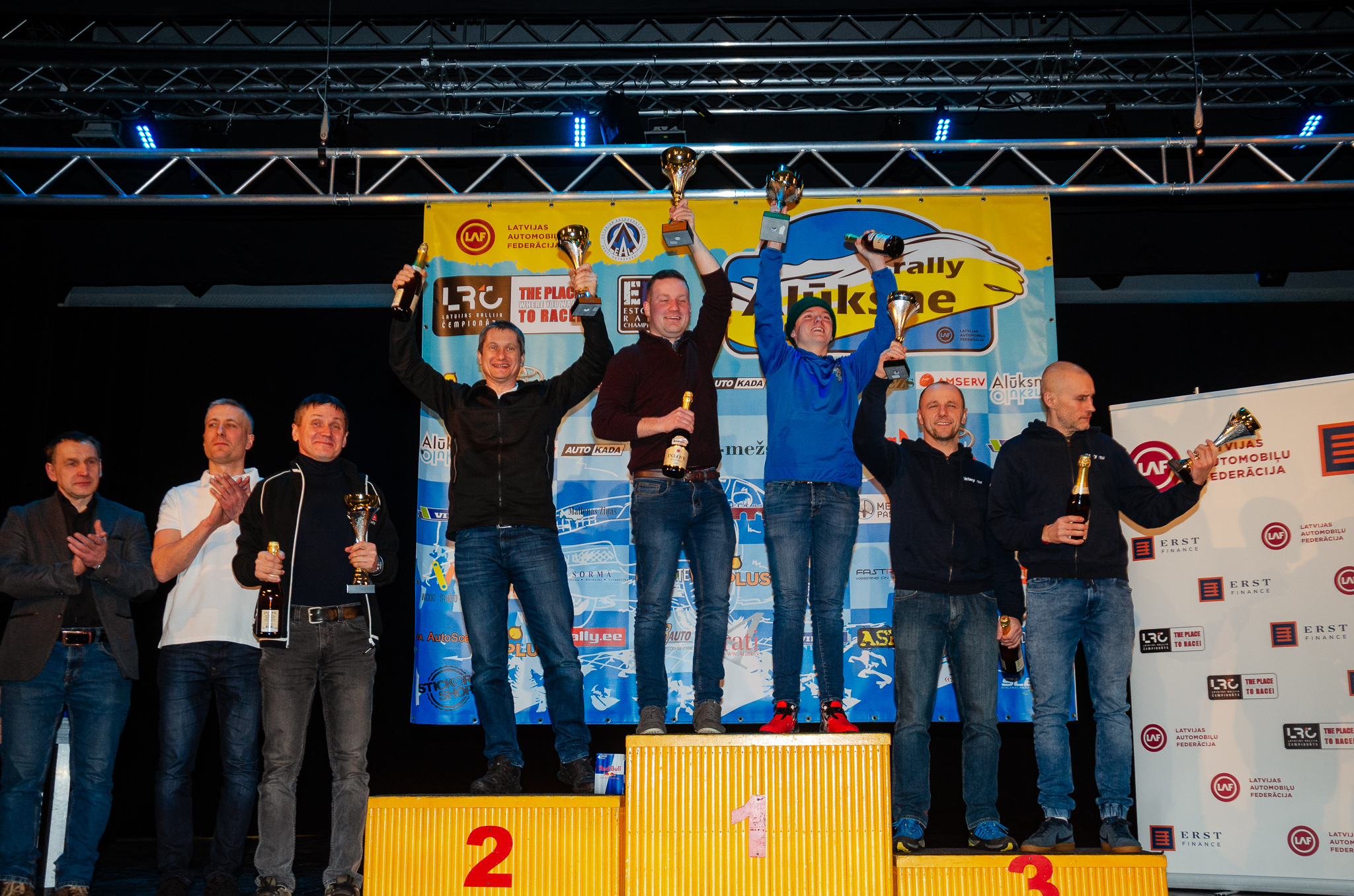 The next Rally Sarma numbered even more rivals. Both Nikolai Gryazin and Georg Gross were attracted by the one-day race. Still, Oliver Solberg became the winner in that trinity, and in two standings at once. Eurolamp World Rally Team set the pace from the very start, but the second special section became fatal, as they lost time after a drive off the track in one of the turns. Long digging out from a snow blockade led to the loss of minutes, which pushed the crew far beyond the top ten of overall standings. Solberg could not be caught up neither by Nikolai Gryazin in the Latvian race, nor by Georg Gross in the Estonian one. The starry junior left for a spring break in the Baltic championships as the sole leader. 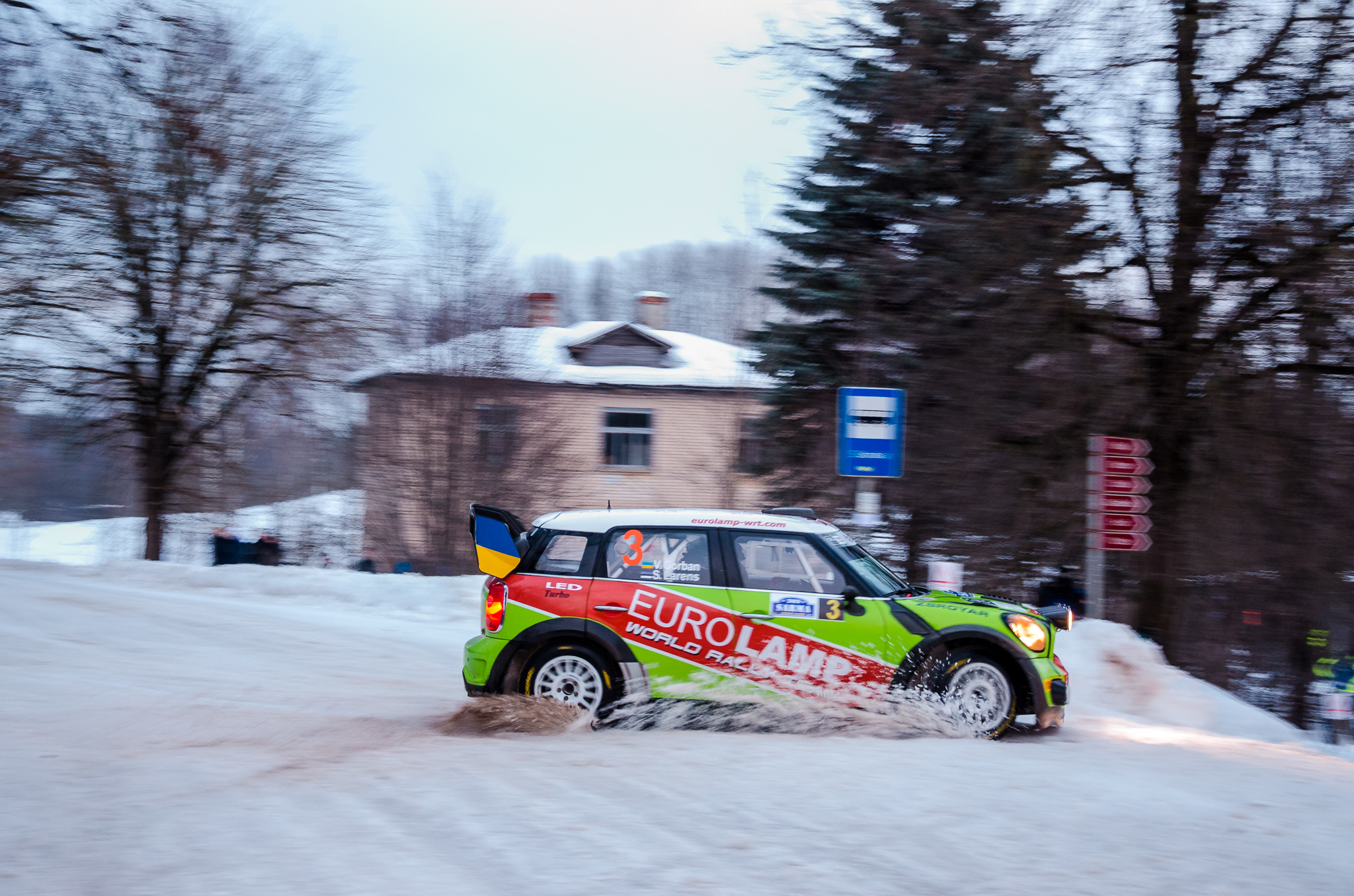 Cancellation of the race in Tallinn gave the Ukrainian-Estonian duo the opportunity to race on their native ground. Mini JCW WRC has not participated in the Ukrainian rallies since 2016. Renewed Rally Fortecya gathered a large number of crews on a wide variety of vehicles. Both Mini started the race: in addition to the crew of Gorban and Larens, Igor Chapovsky also decided to “revive old customs”. Odessa native has not been driving a sports car for eight years, but this did not stop him from taking a leap into the rally mess on the highest-class vehicle.

Valery Gorban’s crew won indisputably, which was not a surprise. On the opposite, Igor Chapovsky got used to the new vehicle not so quickly, and the Odessan crew came to the finish only the fifth. Such a result was caused by the long break and quite complicated vehicle. 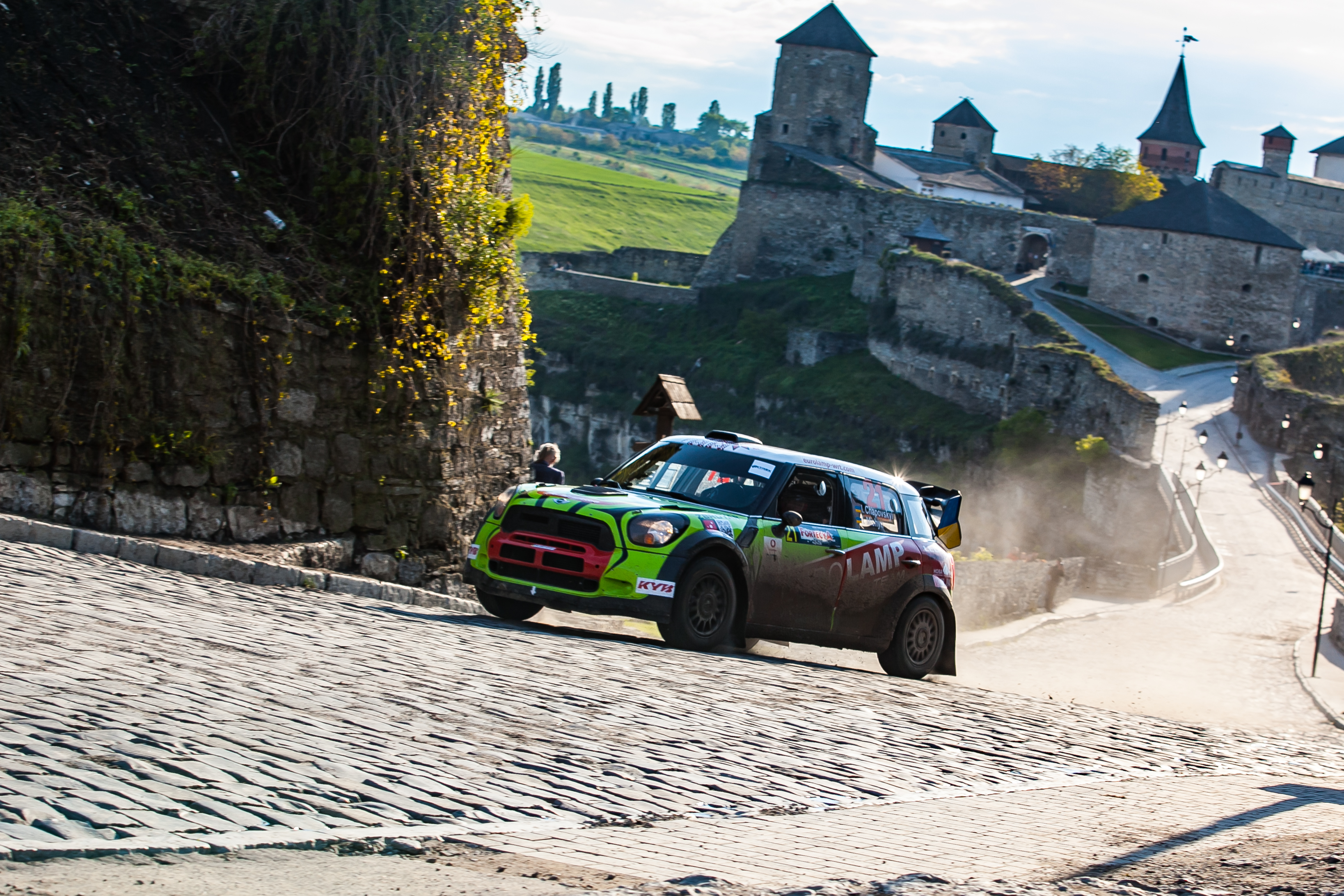 At the end of May, two stages of local championship were held in Liepaja within the frames of the European Rally Championship. For certain reasons, the champion duet failed to intervene in the fight for top places, but, in general, the race was smooth and stable. The fifth place in the third stage held on Saturday and the fourth place in the fourth stage brought important credit points. The main jockey for the victory was between Oliver Solberg and Georg Gross, as the Estonian finally decided to participate in the Latvian championship.

The Estonian rally held its third (non-winter) stage only in June. The race with the long name of Grossi Toidukaubad Viru Rally offered no hopes for any result other than Gross’s victory. He knew all those tracks and speedways like the back of his hand, as he designed them himself, and that was already a half of the victory. The Estonian crew left no chances to anyone. Nevertheless, the reigning champions won two special sections and confidently got their silver. 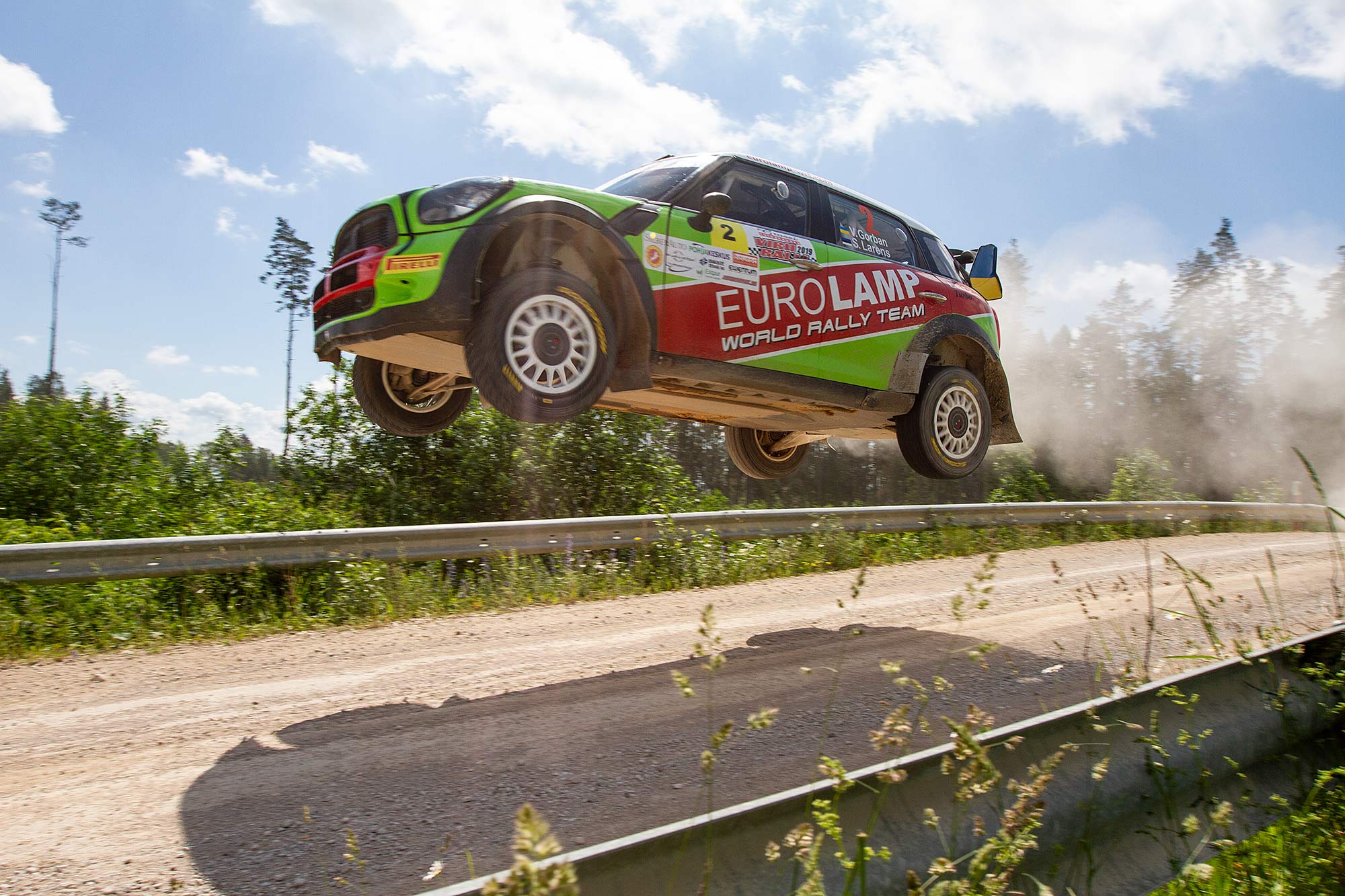 In July, the time has come to Rally Estonia. Such a flagship event in the north of Baltic countries did not go unnoticed. Four world-known works teams delegated their crews to participate in it. If earlier the race near Otepää was considered to be a training session prior the Finnish stage of the world rally, now it was the WRC promotional stage. One could get lost in such a starry company, and little wonder. The first race day was held as a stage of the Latvian championship, and right here the championship issue was brought to a close. The newly-minted champion crew of Oliver Solberg overcame the current champions of 2018 – Valery Gorban and Sergei Larens. Youth and newer vehicles won over experience and classics. The struggle for the Estonian awards continued later on. 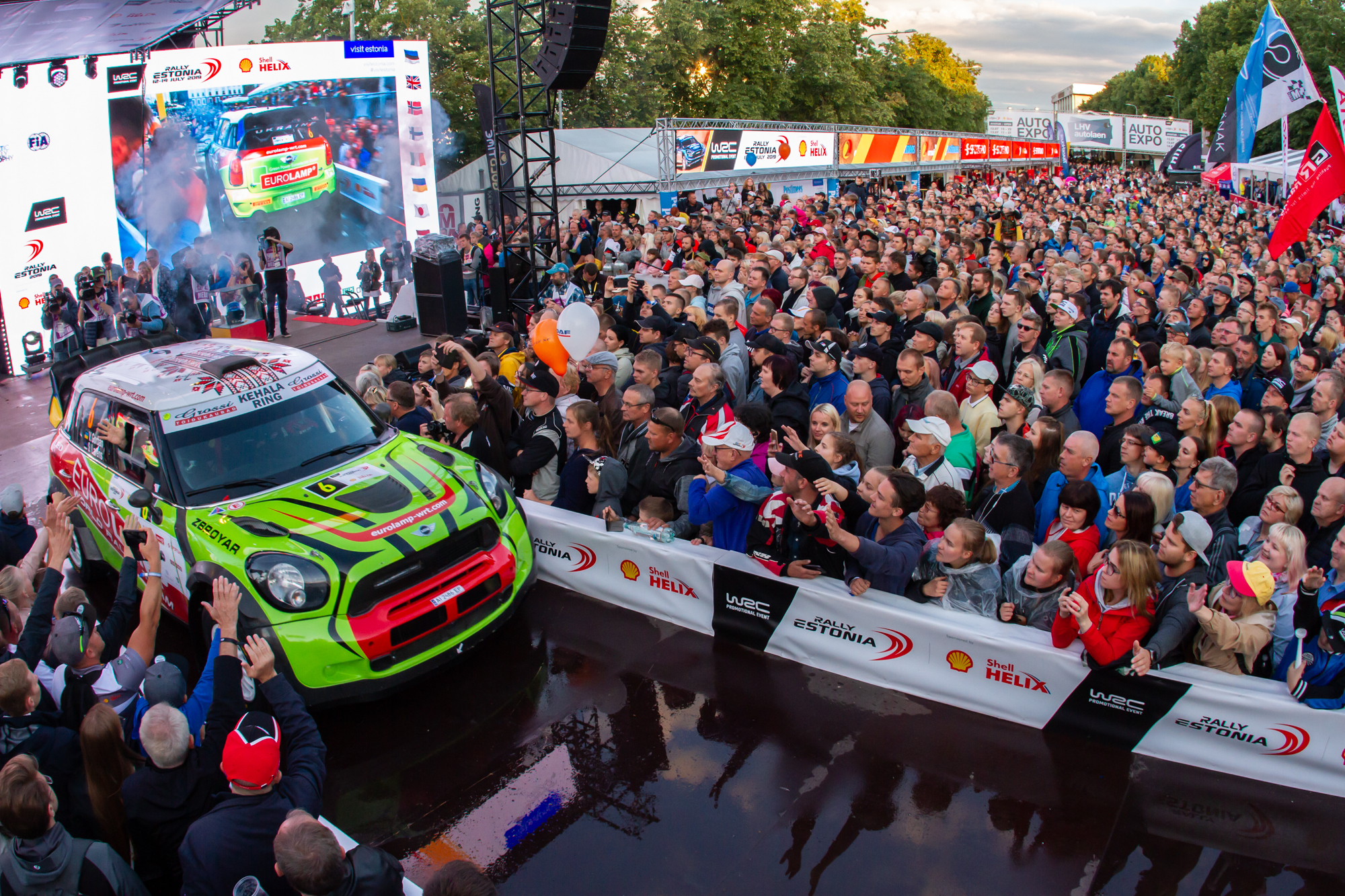 Lõuna-Eesti Ralli had to summarize the Latvian championship and, possibly, could have decided the Estonian championship issue ahead of schedule. It was a bright race, although the crew rode it for the first time. Unfortunately, it appeared to be more successful for rivals of the champions of 2018. The second special section became a stumbling block again, right like in winter’s Sarma. Piloting in complete darkness was not perfect, and rivals took their chance. On the final day, they made no mistakes and did not let the crew to get closer to the podium. As far as the crew didn’t get into top three, they became bronze medalists in 2019 Latvian Rally Championship.

The final race of the Estonian Rally Championship took place without the leader Oliver Solberg and …. without Eurolamp World Rally Team. Georg Gross won confidently and became the absolute champion of the Estonian Rally Championship for the fourth time. Valery Gorban and Sergei Larens repeated their Latvian success and got bronze awards once again.